Iceland’s unique position in Europe has impacted its legislation.  Iceland is a member of the European Economic Area (EEA).  Due to the EEA Agreement, the single market of the European Union (EU) is extended to Iceland.  The EEA Agreement is based on the primary legislation of the EU.  The Agreement incorporates hundreds of acts made part of the internal legal order of the contracting countries, such as Iceland.

The European Convention on Human Rights was also incorporated into Icelandic law.

Legislative power in Iceland lies with the President and the Parliament, called the “Alþing.”  The Alþing was founded in 930 AD and is the world’s oldest working Parliament.  It was the world’s first democratic national parliament.  Alþing was founded in Þingvellir National Park, though it was not declared a national park until 1930.  Alþing was held outdoors in Þingvellir.  It is now a protected site.  In 1844, the Icelandic Parliament moved to Reykjavík where it remains today. 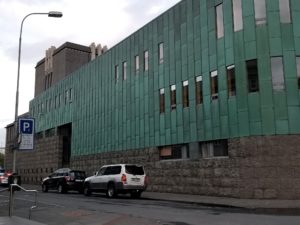 Historically, Iceland’s crime rates have been very low.  Violent crime is almost nonexistent there.  According to the 2011 Global Study on Homicide by the United Nations Office on Drugs and Crime, Iceland’s homicide rate between 1999-2009 never rose above 1.8 per 100,000 people annually.  This was unlike the United States where homicide rates during the same period of time were between 5.0 and 5.8 per 100,000 people annually.  This has been attributed to equality and very little distinction in economic classes in Iceland with the overwhelming majority of citizens identifying somewhere in the middle class.

Also of particular interest in today’s continued headlines in our nation of police shootings is that police in Iceland are unarmed.  Only police on the Viking Squad, a special police force (rarely used) carry firearms.

Other reasons for Iceland’s low crime rate include low drug usage rates as well as a preference for preempting crime.

In the last several years Courts in Colorado have created specialized courts such as drug court (or “recovery court”) and veterans court.  These are fairly new concepts in our country.  In Iceland, separate drug courts were established 45 years ago, in 1973.  In the first ten years of Iceland’s drug court, about 90% of all cases resulted in only a fine.  Clearly Colorado and our nation as a whole, with a history of being tough on crime and high incarceration rates for drug crimes, have missed the mark and only recently begun to make changes – long after a time when at least Iceland recognized a better, more effective way to handle drug issues.